Honda City is a Sedan by Honda with a price range of Rs 8.58 Lakh - 13.62 Lakh in India. Honda City is available in Petrol, Diesel fuel type and comes in 11 different variants. It comes with Manual, Automatic transmission with mileage of 15.3 - 22.9 kmpl and available in 5 colours.

Honda City is undoubtedly the best car from the Japanese maker in the Indian market. The car gets the latest design philosophy of the company that makes its way into most of the cars by Honda these days. The design language is evident on the front fascia, which gets a good strip of chrome which is placed on the mesh grille. The car looks extremely sporty with the sharp character lines.

It is offered in a wide range of trim levels including both petrol and diesel powertrains. However, the diesel engine does not have an automatic transmission gearbox. The exclusive Honda City colours available are - White Orchid Pearl, Carnelian Red Pearl, Alabaster Silver, Golden Brown Metallic and Modern Steel Metallic. The Honda City is offered in a total of five trim levels namely, S, SV, V, VX and ZX. S and SV which are offered in manual transmission only, whereas, V, VX and ZX are offered with CVT units.

As appealing and sporty as it could get, the Honda City 2017 is worked on Advanced Energetic Design which plays a pivotal role behind the sleek and attractive appearance. It is built as an epitome of high technology and high sturdiness in every bit.

Coming to the front end, the thick chrome strip stands out, especially with the way it flows into the steep headlamps clusters on both the ends. The front bumper is sharp and houses fog lamps, which are placed in a black plastic-cladded mesh design. The side section holds a sharp line running across the length of the car. The Honda City ZX trim gets bigger 16-inch alloy wheels while all the other variants get 15-inch wheels. The ORVMs get turn indicators installed on them.

Get to the rear end of the sedan and you will find that the attractiveness is carried well and fine. The split tail lights are extremely sleek. There is a shark fin antenna at the roof end. The top section of the bootlid gets a spoiler like design. However, the muscularity on the rear end is dominated by the rear bumper that houses reflectors on the two sides of the same mesh designed lip. The exclusive Honda City colours available are - White Orchid Pearl, Carnelian Red Pearl, Alabaster Silver, Golden Brown Metallic and Modern Steel Metallic.

The City is 4440mm long, 1695mm wide, 1495mm tall and has a wheelbase of 2600mm. It sits quite high enough for a sedan giving a ground clearance of 165mm and turns easily even in narrow spaces with a turning radius of 5.3 metre.

The headlamps and the backlights of the City are now LED which provides better vision at night with LED DRLs in the front. It also gets a trunk-lid spoiler with LED stop lamp. On the roof, the shark-fin antenna is place for better signal. The ORVMs are electrically adjustable and fold/unfold automatically with the lock/unlock button respectively. Though the lower trims miss out on sunroof, the top-end variant gets an electric sunroof which can open with a single touch. The all new Honda City gets 16' diamond cut alloy wheels.

The Honda City's interior is spacious, thanks to the 2,600 mm wheelbase. The legroom is ample even for taller passengers. Moreover, the boot space is big too and can accommodate of 510 litres of your cargo. The rear row gets a foldable armrest with cup holders. The ZX trim of Honda City gets rain-sensing wipers and automatic headlamps. Other features include an automatic climate control, electric ORVMs and push start/stop button. The addition of the electric sunroof makes the ride more enjoyable. The top variant additionally gets leather upholstery along with leather-wrapped steering wheel and gear knob.

The front section of Honda City is the house of a 3-spoke steering wheel mounted with control buttons. The 7-inch touchscreen infotainment system is called "DigiPad" and comes with AVN (audio video navigation). The top-end variant of the car gets 8-speaker audio system, which can be connected to your smartphone via Bluetooth.

The Honda City car is offered with both petrol as well as diesel trims. The petrol engine is powered by a 1.5-litre i-VTEC engine which produces a maximum power of 117 bhp at 6,600 revs per minute along with a peak torque of 145 Nm at 4,600 revs per minute. The transmission duties are done by either a 5-speed manual or a CVT (continuously variable transmission) gearbox.

The Honda City diesel is driven by a 1.5-litre i-DTEC engine which can produce a maximum power of 99 bhp at 3,600 revs per minute along with a peak torque of 200 Nm at 1,750 revs per minute. The torque-friendly engine is mated to a 6-speed manual transmission gearbox and there is no automatic transmission option on offer.

The specifications of Honda City are so configured that the car offers a wonderful and pleasant drive on both city roads as well as the expressway. The petrol car is powerful for you to cruise at high speeds while the diesel version has a much-needed grunt that gets the accelerator pedal to be highly responsive. The sedan can be powered to a top speed of well over the 160 km/hour mark and can do the 0-100 km/hour round in just a 10 seconds. The radial tubeless tyres provide ample road grip and stability. It is suspended over MacPherson Strut for the front wheel and Torsion Beam for the rear

The new Honda City is built on ACE body structure which makes it much sportier whereas, the top trims get the front and side curtains as well. The Honda City gets a good bit of safety features across all the variants. Two airbags and ABS along with EBD (electronic brakeforce distribution) has been given as standard across all variants. However, the top end ZX trim gets as many as six airbags, which makes the car extremely safe. Moreover, the car also offers child seat anchorage point and seat belt warning as a standard feature across all the variants.

It is equipped with automatic climate control system and rear ac vents with charging ports. The multifunction steering wheel has steering mounted controls for audio, video command, hand-free and cruise control. Tilt and Telescopic steering wheel helps the driver to adjust the steering wheel according to his/her comfort. The top-end variants also get the driver height adjustable seat.


Locate Honda Dealers in Your City

Other Cars by Honda 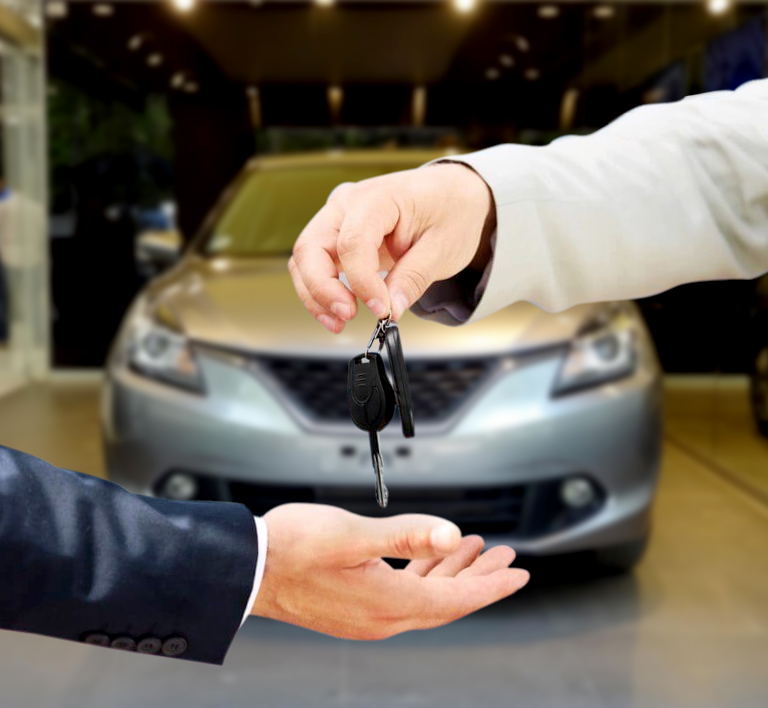